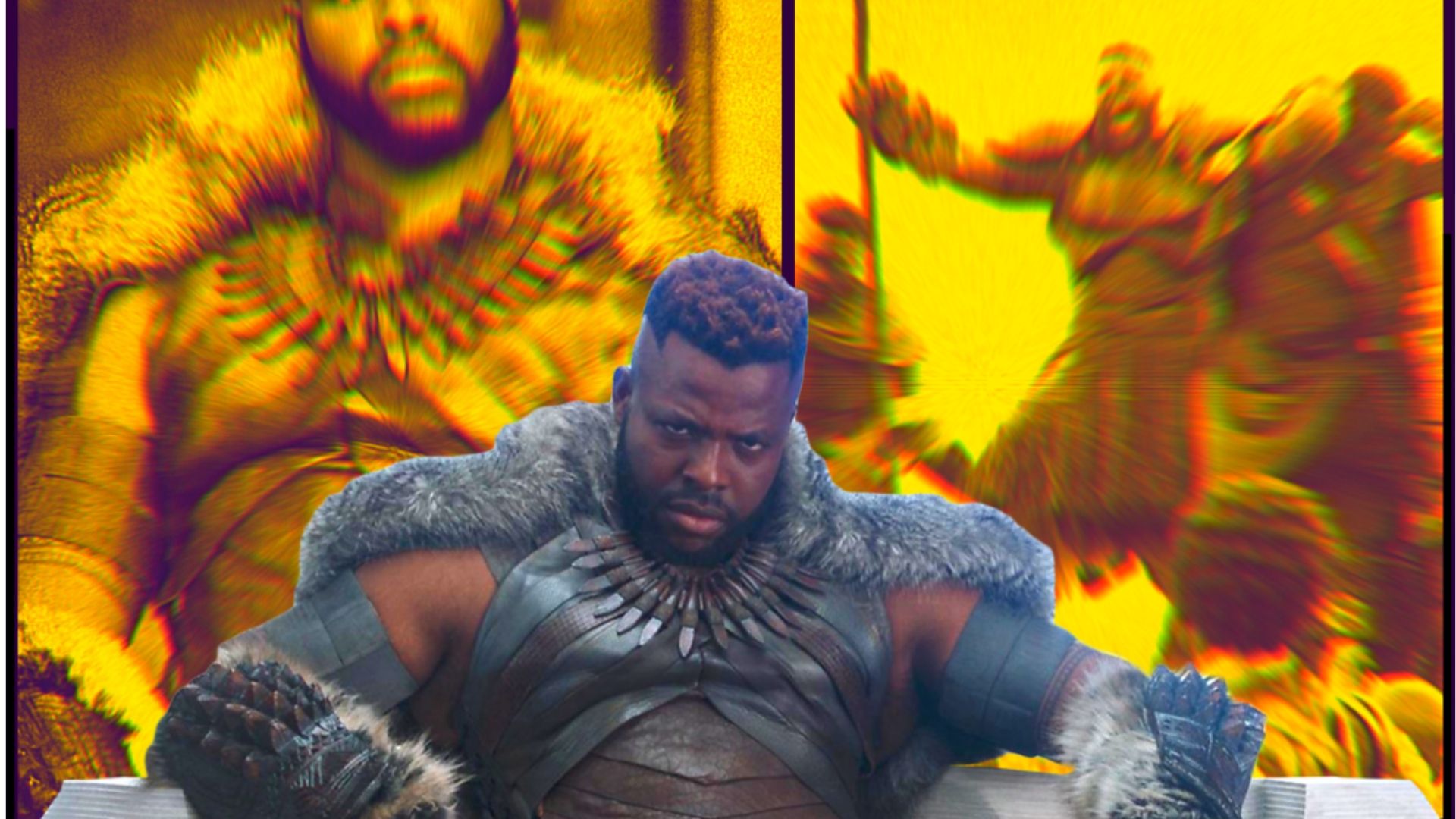 There are a lot of terrible comic book character names out there: Maggot, Squirrel Girl, Doop… But for sheer racial tone-deafness, Marvel’s Man-Ape is one of the worst—especially considering he’s a Black character. Thankfully, the team that adapted the Black Panther comic book to film understood that. The movie version of Man-Ape became M’Baku. It was understood in the movie which character he was based on, and Winston Duke did an amazing job adding his own spin.

M’Baku is Man-Ape’s birth name. The character is one of the Black Panther’s biggest nemeses in the comic book series. However, in the film adaptation M’Baku starts out as a nemesis but ends as a reluctant ally. The character isn’t a villain. He simply doesn’t agree with how T’Challa rules, so M’Baku challenges him to a battle for the title of Black Panther. T’Challa wins and continues to reign over his kingdom, but he respects his challenger enough not to kill him. By the end of the movie, the pair wind up working together for the greater good of Wakanda.

That’s never the case in the comic book.
Introduced in Avengers #62 (1969),
M’Baku is a supervillain and a fierce opponent of Black Panther. He was born in
Jabari Village, a community inside of Wakanda, and is one of the country’s
fiercest warriors—second only to T’Challa. M’Baku hates the way T’Challa rules.
He resents that T’Challa advocates technological advancement and, instead,
wants to return Wakanda to older, more analog times.

M’Baku aligns himself with the White Gorilla
Cult, a band of Wakandan outlaws who also hate T’Challa. They plot to overthrow
the king while he’s away working with the Avengers. During this time, M’Baku
kills a white gorilla and gains superhuman strength, stamina, and durability by
bathing in its blood and eating its flesh. After this transformation M’Baku
starts calling himself Man-Ape.

But again, it is not a good look in the world
we live in for a Black character to be called a gorilla given the racist
history of that word and how it was use(d) to degrade black people. Someone
should have known better, but at least it was corrected for the film. It would
have been a disaster for Marvel if they’d decided to continue with that name in
the movie.

But I digress—back to the battle…

Despite all of Wakanda’s advancements, there’s still a primitive law in place that dictates the country would be ruled by its greatest warrior. M’Baku challenges T’Challa to the throne and loses. T’Challa believes him to be dead, but that isn’t the case. M’Baku’s supporters revitalize him and send him away from Wakanda to keep him safe. He ends up in the United States where he aligns himself with Grim Reaper and the Lethal Legion who are foes of the Avengers.

M’Baku kidnaps Monica Lynne, T’Challa’s
American girlfriend, and sends word to the Black Panther that his only hope of
freeing Monica is if they battle again. T’Challa agrees, but this time M’Baku
cheats and gets the best of the Black Panther. He takes T’Challa captive and
plans to rule the throne he so desperately desires. But the Avengers come to
T’Challa’s rescue and defeat M’Baku. (Captain America actually beats him in
one-on-one combat.)

Again, miraculously, T’Challa decides not to kill M’Baku, but he does permanently banish him from Wakanda. After that, M’Baku wanders around the world doing mercenary work for survival. His other affiliations include Villains for Hire and Masters of Evil. In the comics, M’Baku has died and been resurrected multiple times. He is also imprisoned by SHIELD at one point, but he breaks free and is presumed to be alive somewhere in the world—being treacherous, as usual. There have also been cartoon portrayals of M’Baku on TV, but overall, the written version of the character is underdeveloped with a flimsy story arc.

Luckily, fans of the Black Panther movie—and of M’Baku—can look forward to the second
film and seeing more of the fierce king of the Jabari Tribe on screen.