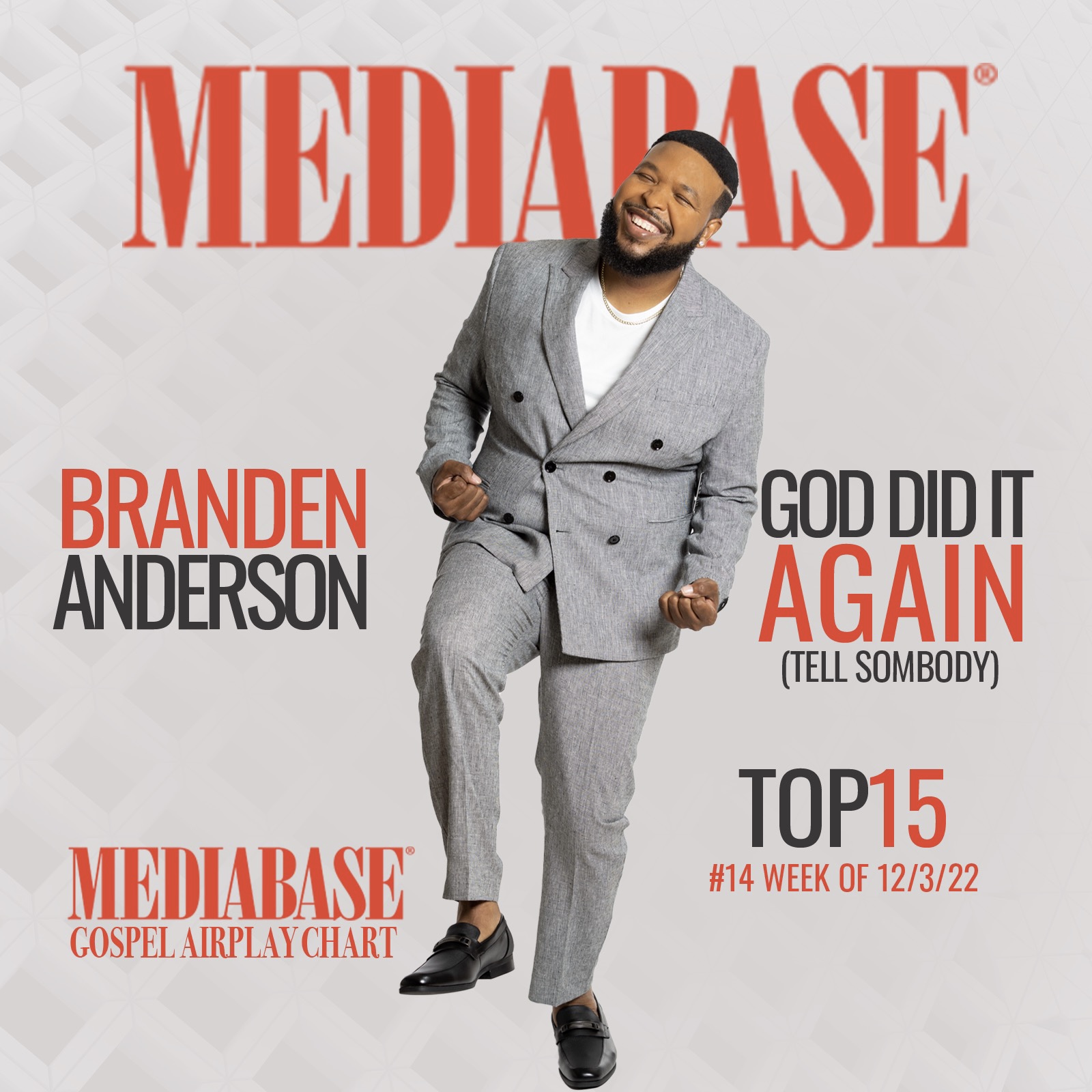 Branden Anderson’s breakout hit single “God Did It Again (Tell Somebody)” continues to make great strides at radio, recently landing at #14 on the Mediabase Gospel Airplay Chart. 2022 has been a year of favor and blessings for Branden. From seeing the single go viral on social media, to being selected to perform at the Stellar Awards Pre-show, Branden has truly been making his mark as a solo artist. Branden says, “This journey has truly been a testament of what faith, obedience, and hard work can garner. I am so excited and appreciative that everyone is receiving my music in such a dynamic way. My prayer for ““God Did It Again (Tell Somebody),”” is that it will remind everyone that your current situation is only temporary. If you just hold on a little longer, soon you will be able to say that God Did It Again.”

Branden is no stranger to the music industry. He hails from the International Award-Winning and Chart-Topping Group G.I. For the last decade, the group has dominated the Billboard Charts and toured across the world sharing the gospel of Jesus Christ. But just as Fred Hammond, Shirley Caesar, Lionel Richie, Beyoncé and many others all emerged from music groups to come into their own artistry, it is now Branden’s time. Written by Branden Anderson (along with the help of a few others) and produced by Daniel Bryant (Tamela Mann, Chante Moore, Chris Brown), “God Did It Again (Tell Somebody)” is a song that everyone can praise to, dance to, and relate to. Laced with impeccable harmonies, an undeniable beat, and a powerful message, it is sure to become an anthem across the nation. “God Did It Again (Tell Somebody)” is available on all digital outlets via BGA Music Group/UAMG/Orchard/Sony.

Watch The Official “God Did It Again (Tell Somebody)” Music Video