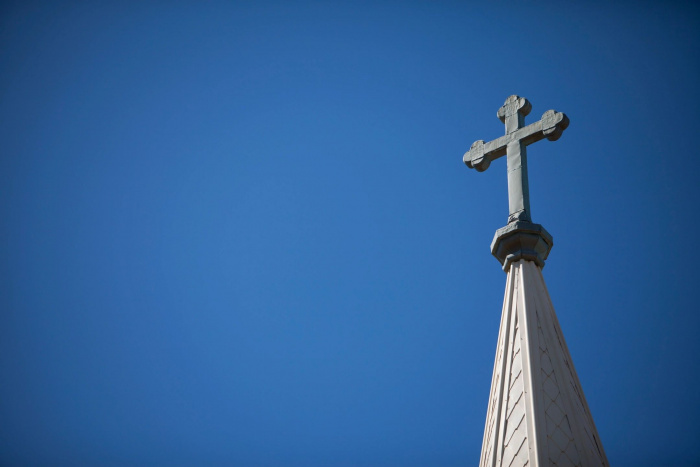 Yesterday (May 31), hundreds gathered in front a prayer wall outside of the historic Vernon African Methodist Episcopal Church in Tulsa’s Greenwood neighborhood that was being dedicated to the loss the church and city suffered during the Tulsa Race Massacre 100 years ago to the date.

Revs. Jesse Jackson and William Barber were in attendance of the service that highlighted the thriving independence of the Greenwood neighborhood, along with Rep. Lisa Blunt Rochester and more who came to show their support to reparations in Tulsa.

“We’re here to remember, to mourn, to rebuild equitably,” Rochester said according to AP News, while Barber added that he was “humbled [to] even stand on this holy ground.“

Vernon African Methodist Episcopal Church was under construction when it was destroyed in the massacre of 1921 that included too many burnings, looting and killings to count. Despite being destroyed, churchgoers continued to meet in the basement of the building and it became known as a symbol of resilience of Tulsa’s Black community. It took a few decades to restore, but the city made it happened and in 2018, Vernon African Methodist Episcopal Church was added to the National Register of Historic Places.