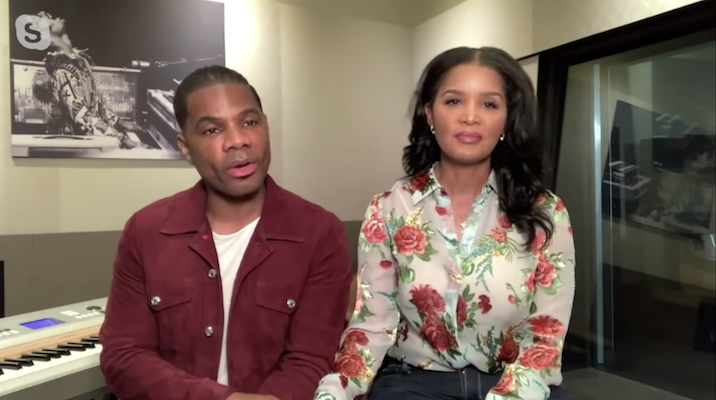 Families feud; it’s inevitable. The bounce-back is the important part to note, and Kirk Franklin says he’ll continue to work on his.

Last week, Franklin’s first born son Kerrion leaked audio of a private call where Kirk was heard cursing out his 32-year-old son. A therapist was called and apologies were exchanged, but that part wasn’t shared in the leaked audio.

In an interview with Tamron Hall, Kirk Franklin discussed the nature of his relationship with his son, how he learned about the audio being leaked and how they’re dealing with the challenge. He was joined by wife Tammy who also chimed in with her thoughts on the ongoing family issue and how it’s been navigating that space over the past few decades.

Franklin says those closest to him are aware “of the tension and the challenges that we’ve been going through as a family privately” and that ”when [Kerrion] became a grown man, his disrespect became more aggressive.” They’ve been in and out of counseling for years.

“I respect Kerrion,” Franklin said. “I’m not Kerrion’s equal though, I’m his dad. I can’t hear you when you are extremely aggressive when we’re communicating.”

Kirk added, “I never want him to feel what I felt not having a father. It’s important for me because what if that call is the call that things change? So I never know. And I never want to give up.”

In the end, Franklin says he’s not giving up on his son and he’s always willing to get help.

Watch Kirk and Tammy Franklin’s interview with Tamron Hall and see what Kerrion’s mother had to say about it all in the interviews below.