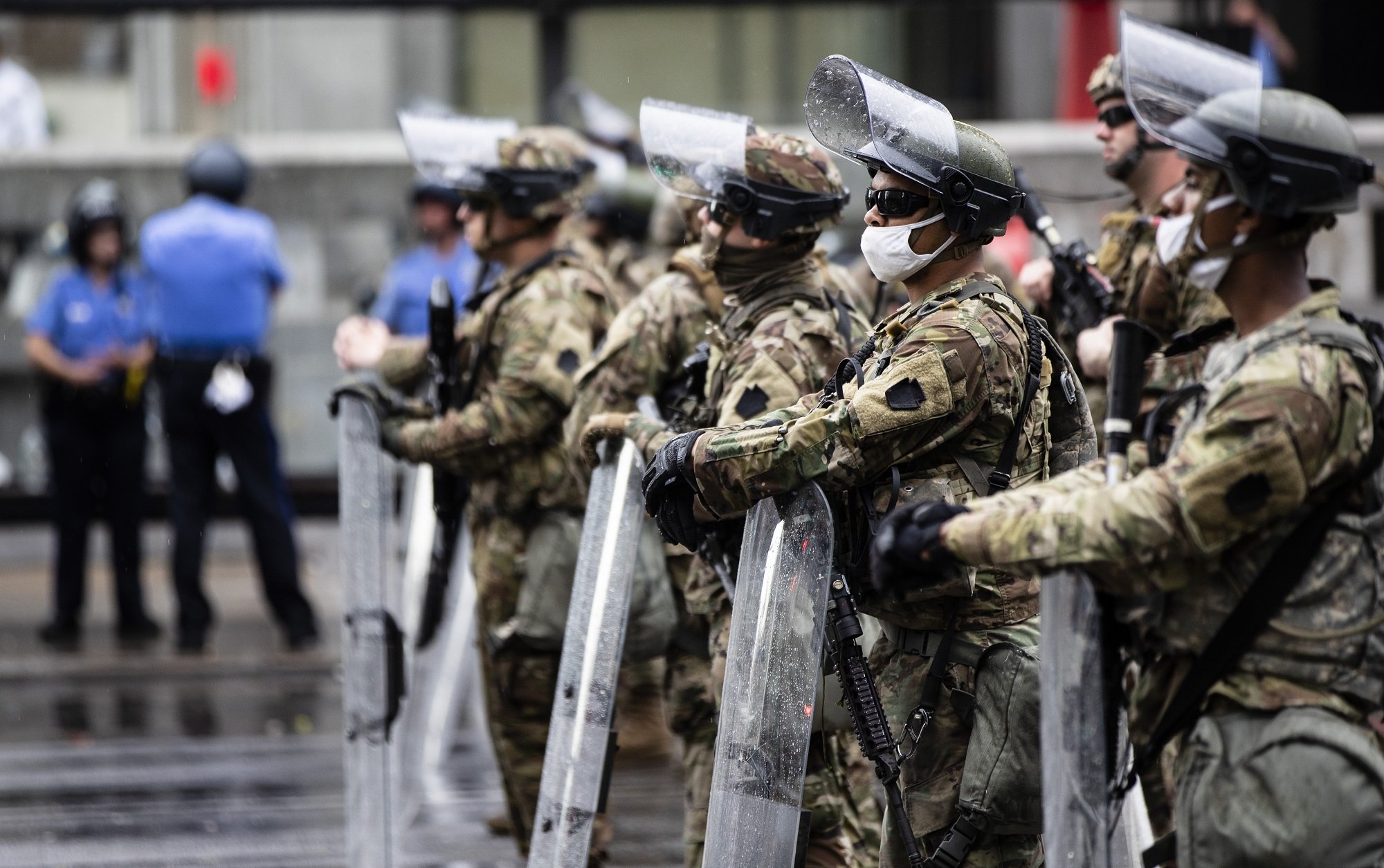 Attorney General William Barr is taking the blame for the fiasco which unfolded outside the White House on Monday. President Trump could be hauled into court for violating the Posse Comitatus Act by deploying US military force against Americans.

The Posse Comitatus Act of 1873 restricts US military participation in law enforcement activities. Unless Congress specifically authorizes the action, military personnel ca not have direct contact with civilians, including immigrants. Former Assistant Secretary of State PJ Crowley on the danger of Trump’s threats to use military force against the American people and possible repercussions.