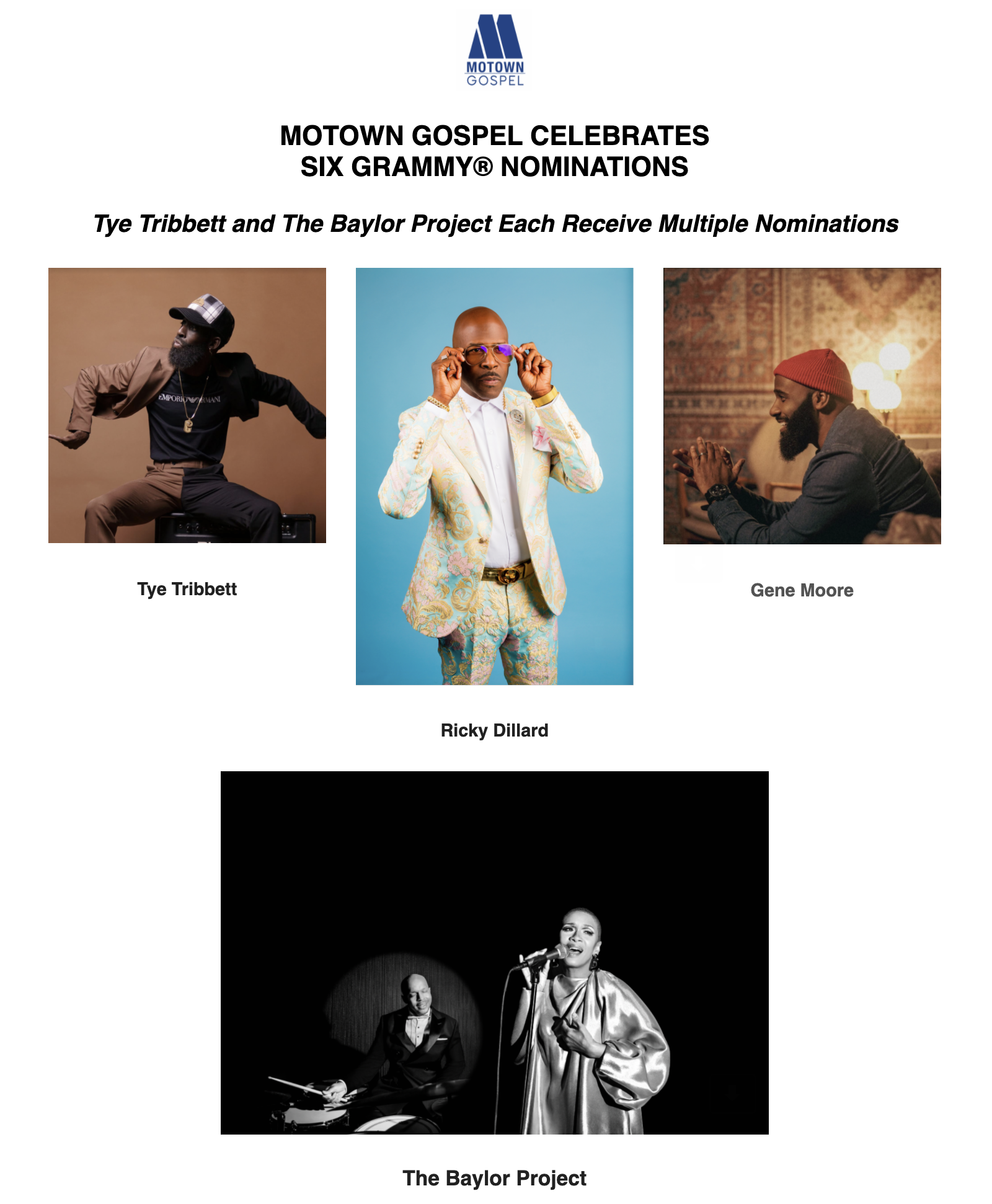 Motown Gospel celebrates six GRAMMY® nominations across its diverse roster of artists, as announced yesterday by the Recording Academy.

Multiple GRAMMY®-winner Tye Tribbett picked up two nominations—one for Best Gospel Performance/Song (“Get Up”) and the other for Best Gospel Album (All Things New). Acclaimed jazz duo The Baylor Project earned a nod for The Evening : Live At APPARATUS, with Marcus Baylor also receiving a Best Improvised Jazz Solo nomination for “Call of the Drum” from the same album.

On the heels of a whirlwind year of career achievements, famed choirmaster Ricky Dillard received a Best Gospel Album nomination for his most recent album, the acclaimed Breakthrough: The Exodus (Live). Finally, the soulful Gene Moore landed a nod—a career second—for his feature on PJ Morton’s “The Better Benediction,” along with vocalists Zacardi Cortez, Tim Rogers, Samoht, and Darrel Walls, in the Best Gospel Performance/Song category

“It is so gratifying when our artists are acknowledged by the Recording Academy for their hard work and creativity,” says Monica Coates, Co-Executive Director, Motown Gospel. “I am excited for even more fans to discover this great music.”

Adds EJ Gaines, Motown Gospel Co-Executive Director: “We are fortunate to partner with some of the greatest artists in the world, and I am thrilled to see them celebrated for the incredible music they have created over the past year.”

The 65th Annual GRAMMY® Awards will broadcast live on CBS from the Crypto.com Arena in Los Angeles on Sunday, February 5, 2023, and will stream live and on-demand on Paramount+.