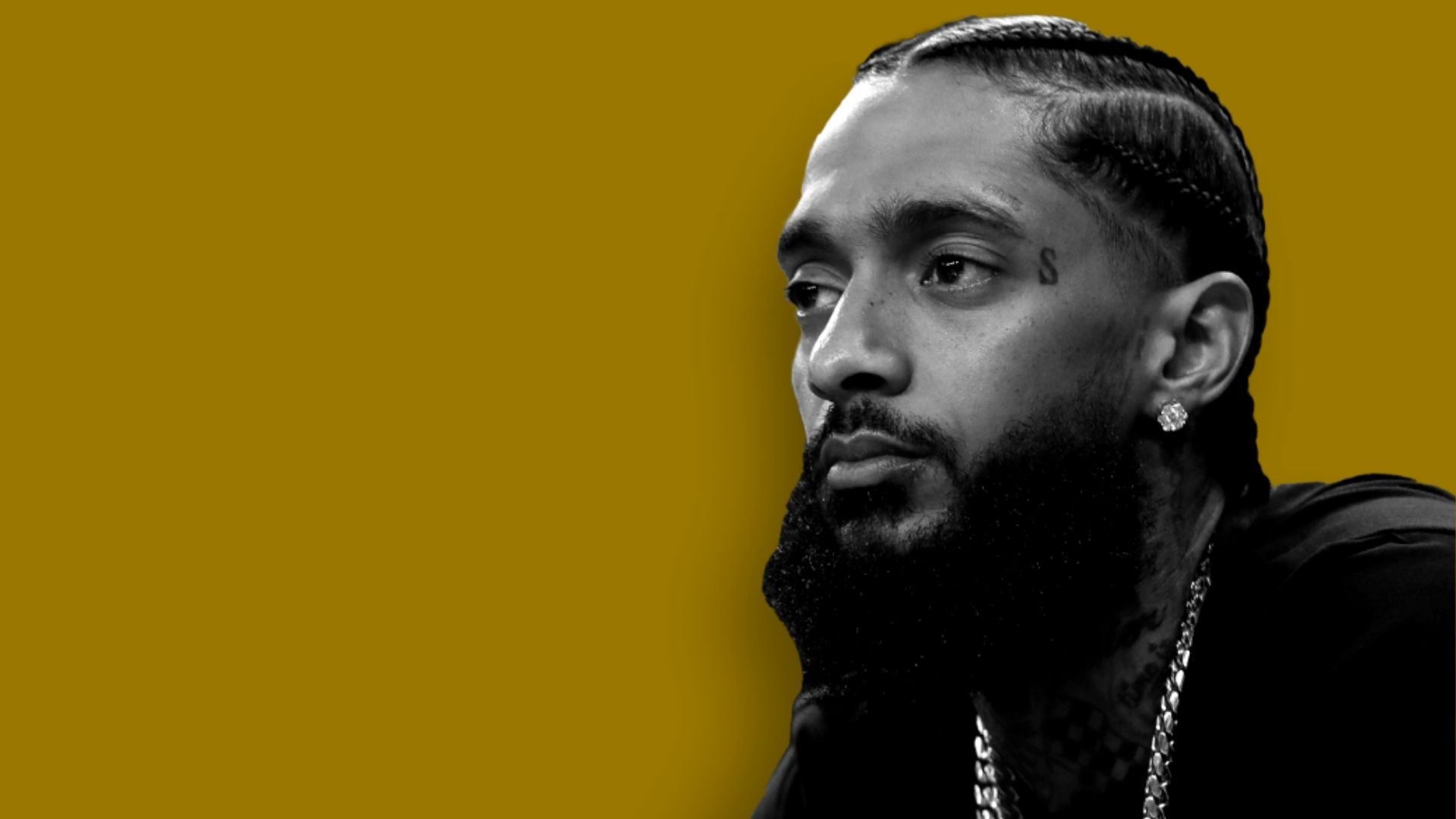 On March 31, 2019, rapper/activist/entrepreneur Ermias “Nipsey Hussle” Asghedom was murdered; it was a moment that first paused the Hip Hop community—and later the world. Although his death makes even less sense today than it did a year ago, the journey through this past year has been a testament to his legendary life.

The universal response to Nipsey’s death was shock and disbelief, which opened the door for shameless propaganda. Online conspiracists immediately began spreading baseless stories that Nipsey’s murder was retaliation for his attempt to make a documentary about a deceased controversial healer.

A short time later, memorials began to emerge highlighting Nipsey Hussle’s life. Graffiti artists (city of LA especially) revived concrete walls with amazing visuals like this one of an all-blue-clad Nipsey adorned with wings. At the same time, the televised funeral at Staples Center showcased his humanitarian side. Close friends and family spoke proudly of the beloved son and father who was also a dedicated philanthropist.

As we mourned for Nipsey’s death, his legacy began to breathe life into the consciousness of minds beyond fandom. The world started to learn what the city Los Angeles already knew is that Nipsey Hussle legacy in business and philanthropy merged as one for the upliftment of the community. Before his death, Nipsey Hussle was working with an investment group and Republican Senator Tim Scott to bring tax incentives that would help revise urban neighborhoods in Los Angeles and other low-income communities.

His transition from hustler to businessman  earned him respect from his peers like Jay-Z, who bought a hundred copies of Nipsey’s mixtape that priced at $100 each for the physical CD. Nipsey’s understanding of the importance of future financial literacy avenues like cryptocurrency have been praised in the business world through books dedicated to him such as  HussleNomics by Ash Exantus. Nipsey’s ventures not only provided jobs for inner-city youth, but opened up housing opportunities. There were plans to building over eighty affordable apartment units within the same neighborhood through his Our Opportunity initiative. Nipsey’s understanding of the importance of financial freedom for black people was the backbone of his The Marathon Continues mixtape that evolved into an immortal slogan.

The Marathon Continues ideology mirrored the black revolution in terms of overcoming an oppressed system. Nipsey and his brother, who were blocked from selling mixtapes on the corner by multiple police raids, became inspired to lease their store in the same nearby parking lot. The Marathon Continues is a modern representation of using the endurance of black struggle to conquer the odds with understanding and patience for the end goal to achieve freedom through financial means of ownership of our communities.

A year later, the loss of Nipsey Hussle still cannot be completely understood. Whether the act itself was simple jealousy or a case of fragile ego, his death birthed confusion. The need to fabricate stories demonstrated people’s inability to grieve, but the emergence of his legend and legacy in the aftermath created a public process of healing for those affected.

His business ventures became motivational and his charitable acts inspirational. Nipsey Hussle’s passing is a reminder that death cannot always be understood and grieving is a shared process among all who are affected while his life remains a lesson that legacies built-in integrity will go the distance long after our individual race is run.

The post More Than a Marathon: The Forever Legacy of Nipsey Hussle appeared first on American Urban Radio Networks.