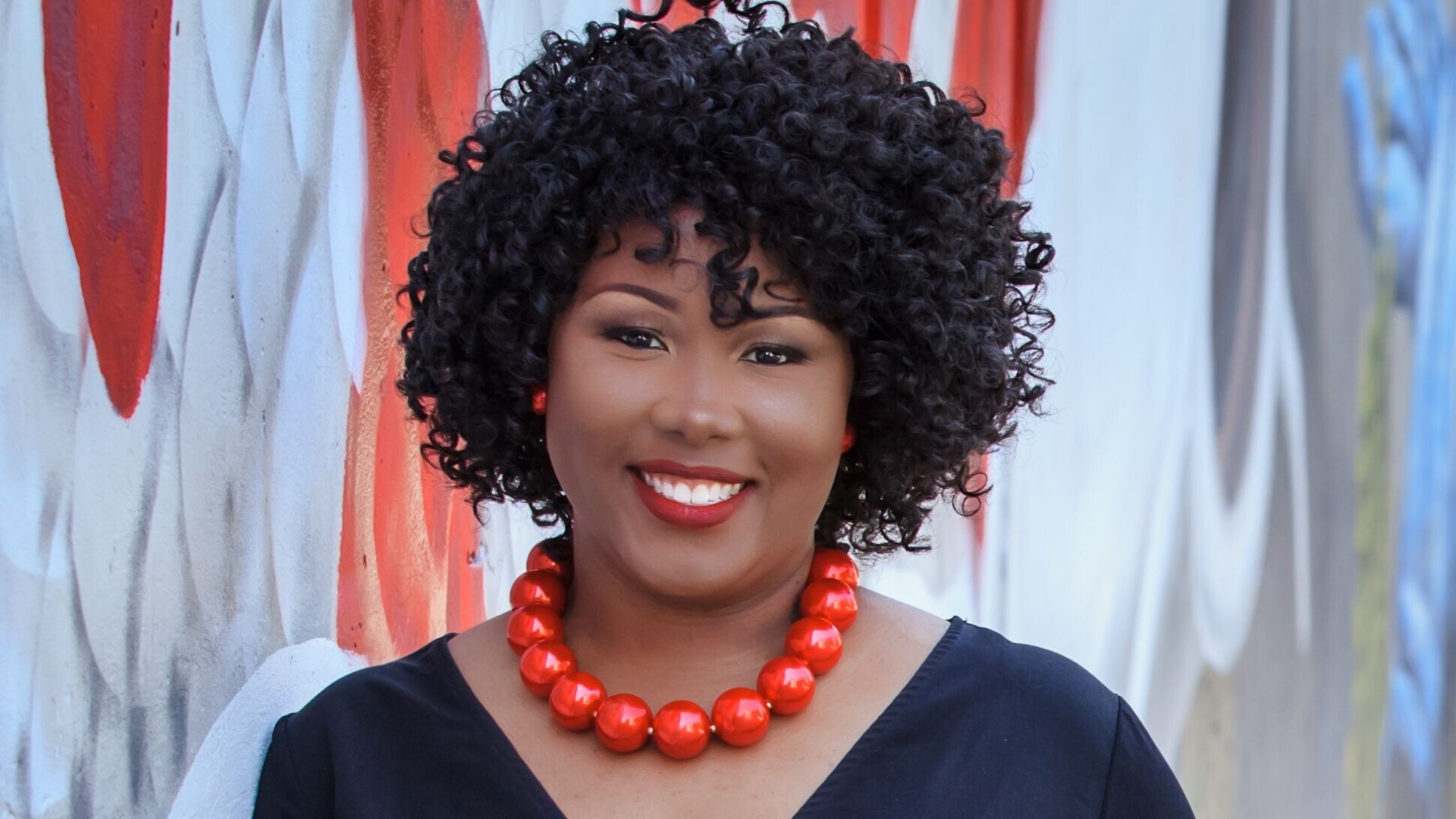 LeTonya F. Moore, JD, has nearly 20 years of experience advocating for small businesses and government agencies. Her client roster includes the US Department of Housing & Urban Development, the US Department of Veterans Affairs, the FDA, and several small businesses. Moore is an expert on tax policies that impact businesses every day—particularly entrepreneurs. She also has a passion for helping creatives with business strategy and guarding their intellectual property. Her book Stop Brand Stealing Thieves offers a lot of invaluable advice for how to own and protect your ideas and set your business up for economic success.

Here, we chat with the Alabama native about
how to keep taxes together, how to keep your ideas from getting stolen online,
and more.

AURN:
How has the work you do changed now that we’re in the digital age?

LF: The way that we are able to offer services. There are so many options at our disposal. One of the things that has made what we do even more necessary is the fact that now everything is DIY. There are lots of websites that people go on to download their contracts. They do their estate planning. They fill in the blanks only for something to happen, and then they don’t know what to do. So, at that point, they have to come to someone like me to assist them. I’m all for DIY and people being empowered with knowledge and information so they can make the best decision for themselves, but I am fearful for people that just take anything from online because it’s free or because it sounds good. And they believe—without any type of training—that this is going to be something that’s going to be perfect for their business or their family.

AURN:
Speaking of the internet, it really is like the wild, wild west—especially when
it comes to people putting their ideas out there only to have other people take
them and not give credit.

LF: People post things and don’t think it will blow up. That’s a value
judgment. In the digital age, we must be prepared that what we put out might
catch fire. If that happens, then what you need to do is, you need to say,
“Okay, that’s mine.” You have to start tagging everybody on YouTube or wherever
and make all kinds of copyright claims if you have to. People have to know it
started with you. But the problem is, when you put something out in the public
domain and there’s no intention or there’s no notice in the marketplace that
you are intending to protect it, how will people know? Take “bling bling”, for
example. Everybody says bling bling—it’s everywhere. But imagine if Lil’ Wayne
would have trademarked it beforehand? Nobody thinks about that type of stuff. I
think they [Cash Money] still were able to capitalize on it because everybody
knew that it came from them, since they were already famous. But it just became
part of the vernacular and has transcended time.So for people that are starting out, you now have to understand
that when you put something on social media it has the potential to reach
millions of people, and you have to ask yourself—before you put it out—what you
want if that happened. You have to make sure that you take those steps to
protect yourself.

AURN:
Let’s talk about hashtags or phrases. For example, #BlackGirlMagic got so
popular that someone who didn’t even create it ended up trademarking it and can
now shut people down from using it—even the person who made it up. That being
said, how do you trademark your slogans?

LF: The first thing that you want to do is check to see if anyone asserted
an ownership interest. Because that’s why that person was able to take
#blackgirlmagic and trademark it, even though they didn’t originally develop
that phrase. So now anyone that wants to use that for commercial purposes has
to pay for a trademark license, or they’re not going to be able to use it. And
if they do, and they make any money, they’re going to have to pay damages.If you see a popular phrase that a lot
of people are using, you need to check to see if you know the origin of that
phrase, and you need to check to see if a person has asserted an ownership
interest in it. Usually you know that because they will put a little TM—like,
“Brightside

”, or  whatever the phrase
is—and that lets you knowit’s their
phrase.The TM is a non-registered
trademark to let the public know they’re making this claim. Now, if you see something
that has an R with a circle around it, that means it’s a registered trademark
recognized by the United States.

AURN:
Tell me about your book. You’re giving a lot of good information, and I think
it’s important to talk to someone like you because a lot of times people may
feel like they can’t afford a lawyer or these types of services.

LF: The book is on Amazon, and it’s really principles that are meant to be
a playbook. I go in depth into some of the things we talked about, like
trademarks, copyrights, and patents. This is really geared toward the creatives
that are either starting out or who really need to develop intellectual
property. I want people to understand that your intellectual property is just
like a piece of real estate. It’s just like your car. It’s just like jewelry.
It really is something tangible, and you really have to understand that it has
a monetary value attached to it. And so, in the book, we start off really
addressing the mindset and, like I mentioned earlier, really just driving home
the point that you have to understand—you have to see your work as something
valuable before you share it. The book talks about understanding that and
really setting up value, and then we go into things like when you are working
with others. That’s always big, especially for startups— especially for people
that may be strapped for cash, and they may not be at a point where their
budget will allow them to hire outright or secure certain services.

It’s little flavors of how to interview an attorney,
how to interview an accountant, or how to interview an insurance professional.
What are the things that you need to look for? Just very quickly, all these
roles need to have someone experienced or with some knowledge of your industry.
I always tell people, “Would you go to your podiatrist if you were having a
heart attack?” No. They’re both doctors, but a podiatrist handles feet, and we
need someone for

AURN:
Does someone already have to be making money before they decide to seek
counsel?

LF: Absolutely not. The biggest piece of advice that I can give people is,
connect with a lawyer very early—before you start, before you get a logo. You
should have already connected with a lawyer before you do it because here’s the
thing: you’ve already made decisions about your business name. You’ve already
made decisions about what you’re going to be doing. So, you should talk to a
professional. I know a lot of people don’t believe that, but what I always say
is build a relationship with them or someone you can just call. You may not
have $2,000 for a retainer. You may not have $500. I don’t know. But you have
to ask yourself how important it is for you to make sure that you start off on
the right foot. Is it worth a $300 consultation?

Probably. Let’s be realistic. Most people
could probably track their spending to eating out for 30 days for $300.

I’ve literally sat with people and gone
through their bank statements for three months and have found thousands of
dollars that could have been redirected to their businesses. This is not about
paying me; this is just saying are you willing to sacrifice for 90 days to get
the $3,000 that you need to do this? Because we’ve seen—think about this, as you may know people that do this—let’s just do the math very quickly.
Let’s just say you go to Starbucks every morning and get a grande coffee. Let’s
say it’s $10. That’s $50 a week, times four. That’s already $200, and you have
not eaten lunch yet. So, let’s say for three days a week you go out and eat
lunch. Let’s say coffee is $10, and lunch is $15—three days a week. That’s $45
a week. That’s another $180 and month. So now think about this: we’re at $380;
you haven’t even gone out for happy hour a couple of nights or for drinks with
your friends.

What I’m saying is, we’re not even talking
about things that are extreme. We’re not talking about people that spend
thousands of dollars on one item here and there. Here’s the other thing: We’re
not even talking about forever. We’re just saying, can you sacrifice for 90
days to get there? I’m just using this number $3,000 as an example. Because
whatever you’re doing in your business is going to require sacrifices at some
point, and we’re only talking about sacrificing the things that you absolutely
don’t need. You don’t need coffee almost every day—you might want it. And you
may have your social circle you want to have drinks with, but you can get with
them in July. You can go back later on. I’m just saying you can afford a
lawyer. Let’s say you go to a lawyer; they say it’s going to be $1,500 for them
to do this thing for you, and this is going to take 90 days. If you cut out
Starbucks and buying lunch, you’ve already saved $300.

Now, I’m not telling people that they have to
keep someone on retainer. If you can afford it, you can hire as needed or
project-based.

AURN:
How should creatives keep their taxes in order, especially the 1099 crowd?

LF: Let’s say you talk to a tax professional, and they tell you you’re
going to be taxed at the 28% tax rate. What that means is anything that you
bring in you need to set aside 28% percent in a money market account—or some
account that you’re not going to touch—so that when it’s time to pay your taxes
you have your money. That’s why you have to be disciplined. If you know you
need the whole $500, then you need to increase your fees by 28% for the IRS.
You may want to go up to $578 to make sure that money is there for the IRS
because they’re not going to want to hear it if you have a big year this year.

Finally, you can’t Cash App or send money by
Zelle. That’s how I send money to my niece in college. At least if you do it
with PayPal, we can use their invoices in case something needs to be changed.
But the reason you want to do that, is that it gives you the opportunity to
position yourself to go after bigger jobs. You can’t pitch Microsoft and think
they’re gonna Cash App you $20,000. It’s just not gonna happen. So those would
be the things that I would say. Really pay attention to and treat it like a
business, not a hobby.