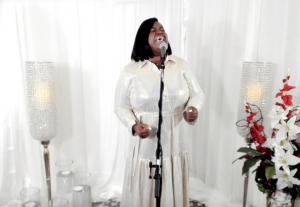 BET ‘Sunday Best’ has announced its season 10 winner! Congrats are in order for Stephanie Summers who will receive a recording contract with RCA Inspiration, a prize of $50,000, an opportunity to be a featured performer on the McDonald’s Inspiration Gospel Tour and the title “Sunday Best.”

Having opened up for legends like Pastor John P. Kee, Dorinda Clark-Cole and others, Stephanie Summers isn’t new to the gospel music scene. Her gospel career came to a pause following the death of her best friend and father. After a period of time of becoming homeless, she is ready to return to the gospel industry and prove that it’s never too late to follow your dreams.